Sarah: I recently saw the new HBO movie adaptation of Fahrenheit 451.
Gene: Starring Michael B. Jordan from Fruitvale Station and Black Panther.
S: It was not great. The ending was updated in a way that I didn’t like.
G: His boss is the bad guy from The Shape of Water, Michael Shannon.
S: He was good. All the performances were good. The changes in the plot were aggravating.
G: Michael B. Jordan plays Guy Montag, right? I recently read someone’s opinion that the book really needed to be updated, that the story needs to be updated. The previous movie was not great.
S: People respond to the story as though it were just about censorship, but Bradbury wrote it about how people have stopped reading because they just want to watch TV. I think that’s absolutely something you can update to the internet era. People don’t want to read long sentences, they want emoji. And that’s how the movie starts. Then there’s book burning, because books bummed people out and caused wars.
G: What bummed people out?
S: Books with sad stories. And religious books cause wars because people disagree about them.
My actual question is this: if you’re in the dystopian future and you have to memorize one book, you’re assigned to memorize one book, how do you go about picking that book? I felt like when Montag met the people who were memorizing books, it looked like they didn’t necessarily get to pick their book. Maybe someone assigned it to them.
G: Oh my god, no!
S: So you’ve got to go in with a strategy or you’re going to end up with a book you don’t like and it’ll be etched into your soul forever. How do you make sure you get a book you can live with for the rest of your life? I liked that the HBO movie updated the books that were being preserved to include more contemporary authors and authors of color…
G: That’s nice.

S: …but it annoyed me that the people who became a book always matched the color of the author. The one Asian-American person had memorized Mao’s Little Red Book. Really?
G: That’s your book? Not an Amy Tan novel or something you’d want to remember?
S: No! Not something that she probably connected with personally. I don’t know. I think 90% of Chinese Americans really don’t like Mao. (laughs) Or at least their parents don’t.
G: I think that’s high, Sarah, I think it’s more like 89%
S: So you, Gene, don’t want to be assigned a guy book just because you’re clearly a guy. You don’t want something based on your demographic background. You want something based on who you are and what book you can live with.
G: That’s the question? How do you do it?
S: How do you go into the room and be like, “I only want prose.” Or “I only want American authors.” Or “I only want books that focus on language rather than character development.” 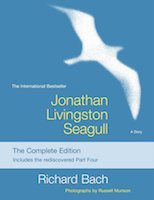 S: Exactly! I want to go in there and not get whatever bullshit Little Free Library books were saved. Librarians know about collection development, about core collections.
G: But it couldn’t be a graphic novel.
S: Yeah, or you’d have to act it out.
G: Could it be a picture book? It’d easier to memorize prose. That’s maybe the wrong idea, maybe there’s a way to transmit pictures in a graphic novel. I immediately go to prose, I go to short. I think plays would be easier to memorize.
S: Do you think that’s why that lady chose Mao’s book? “What’s the shortest one you have?”
G: And it’s historic, right? But I think most people would preserve a bestseller…
S: Yes.
G: Every Dean Koontz book would come down through the ages..
S: By sheer numbers…and Stephen King.
G: Stephen King, The Bible, Harry Potter.

S: Harry Potter shows up on the screen in Fahrenheit 451.
G: Could you do it if you didn’t have a choice? I think yes. Because you’re going to get stuck with one book, and you’re desperate to read something anyway.
S: Assume you get to go through the process of memorizing, it’s not just accidental. What do you want to stare at, for as many years of your life as you need to memorize that book?

Lloyd Alexander book, probably The Book of Three or The Black Cauldron or The High King. (I recognize that Taran Wanderer isn’t the best standalone book in the Prydain series though it’s still my personal favorite.) I’d pick one of those, or my favorite book, LeGuin’s The Wizard of Earthsea. I could memorize the first three books in that series, I think.

S: Yeah. They might be happy if you volunteered to do three. “I’ll

do three if I can do these three.”
G: But how do you resolve the fights? “No no no, I’M The Wizard of Earthsea!”
S: Trial by combat!
G: Have a throwdown? Maybe a bunch of people are sitting around reading a copy of John Grisham’s The Client to each other.
S: That’s what I’m afraid of. I don’t want to walk into the room and get The Client.

G: You have to have some redundancy, though, right?
S: Yeah, what if somebody gets set on fire, as happens in the film?
G: Are they setting people on fire?
S: One person immolates herself as a political protest, I think simultaneously eliminating The Grapes of Wrath by Steinbeck.
G: I remember in high school skipping every other chapter of that book because they

were the allegorical chapters. The chapters about the Joads were interesting and readable, though. All I remember is the end, where the woman is breastfeeding an old man who’s dying. And everyone in class was like, “Whaaaaaat?”
S: If you are that book, say, “Calm down. Don’t flip out over this next chapter.”

G: Maybe I’d want to be Between A Rock and A Hard Place by Aron Ralston, the book about the guy who got his hand trapped while hiking and climbing in Utah alone.
S: Ooh, yeah, a gripping true adventure story.
G: Of course there’s be some guy who’d want a Highlander movie novelization. What would you do?
S: See, I should have an awesome answer, since I had a while to think about it…
G: You have two seconds!

S: (blurts quickly) The Areas of My Expertise by John Hodgman!
G: See, that wasn’t so bad. It’s a funny book.
S: It’s a funny book, it’s in little bits and pieces, you can read it in any order, you can jump around and memorize little bits at a time. Maybe I’d even do the whole trilogy.
G: Can you imagine a library where everyone its the service area got to choose just one book for the collection? And there was nothing else there?